I must admit that I’m tired of this subject. But, I’m even more tired of baseball’s hypocrisy, shortsightedness, and overwhelming greed on the issue. Obviously, MLB has made an absolute mess out of the illegal performance enhancing drug (IPED) issue. They didn’t act soon enough to prevent it and didn’t act effectively enough when the scandal broke. There is plenty of blame to go around for every party involved, but at the bottom of it all is money. That may be the case in all things everywhere, but I just wish all parties in MLB would open their eyes and realize that short-term monies aren’t more important than the integrity of the game and the health of the players. Neither the rising popularity of football, nor the ever quickening pace of society is going to destroy baseball’s popularity. But, the unchecked usage of IPED’s could cause irreparable harm to our national pastime.

Since the scandals have appeared, I’ve been reading up on the issues at play and much of what I’ve got to say in this post is based on the knowledge that I gleaned from these sources. The sources include The Juice by Will Carroll, Game of Shadows, the Last Nine Innings, and various other articles/books.

The usage of IPED’s isn’t exactly a new phenomena. In fact, they have

existed pretty much throughout human history in one form or another. In the ancient Olympics, Spartan “coaches” gave their athletes various herbs and mushroom concoctions to give them the competitive edge. The substances dulled their pain and brought about psychotic like effects. In ancient , some physicians experimented with substances which were designed to improve the performance of their gladiators. And, in more modern times, Nazi scientists developed substances which were designed to increase strength and aggression in German troops. After WWII, some of these scientists escaped to the , where their knowledge was put to use in Olympics competition in an attempt to make a political statement through sports.

So, all in all, perhaps it shouldn't have been unexpected to see the emergence of IPEDs in professional baseball. Sadly, baseball seems to be a sport in which IPEDs provide a wide range of heretofore unseen advantages. Fans, myself included, laughed when Alex Sanchez was caught using IPEDs. We were incredulous when pitchers were discovered to have used IPEDs. But, in reality, the benefits of IPEDs extend through to the minutest elements of the game.

Power: Clearly, IPEDs can make a hitter stronger and enable him to hit the ball farther.

Plate Discipline/Batting Eye: There have been reports that some IPEDs (HGH, etc) actually improve eyesight. I tend to think that that’s more likely a psychosomatic effect, but at the very least a quicker/faster swing means that the hitter can let the pitch get much deeper before he has to commit to a swing. If you can react a split second later and let the pitch get a foot closer, but still get around on the pitch, then you’ll have a much better chance to recognize the pitch type and its chances to end up in the strike zone.

Arm Strength: Pitchers can benefit by getting stronger legs, core, and arm, which will obviously lead to improvements in velocity.

Recovery Time: IPEDs enable people to recovery much faster from the damage done in workouts. While this is one of the main reasons for the impressive bulk, it also can help pitchers. Pitchers who would typically be in substantial pain the day after working can now reduce the pain and recovery time, which would enable them to work more frequently at a higher performance level. This especially helps relief pitchers, who may have to work on back to back days.

Obviously, the impact of IPEDs is not limited to only the hulking power hitters. In fact, there is hardly an aspect of the game that couldn’t conceivably be aided by IPEDs. And, the next wave of IPEDs will likely only become more effective and less detectable.

THE FAILURE OF MLB AND THE MLBPA

Unfortunately, the ever increasing popularity of sports has led to always rising revenue streams. That of course means that there are vastly higher rewards for elite athletes. In and of itself, that’s not a bad thing, but it has led to athletes who are always looking for an advantage. They are willing to risk everything for a chance to play at the highest level, which means that there are people out there who are willing to provide what they need to get there. Sadly, neither MLB nor the Players’ Association was able to step up and prevent the inevitable. Maybe they wouldn’t have been able to stave off the inevitable, but it would’ve been nice if they had stepped up to the plate.

Ultimately, the Players’ Association chose to protect the rights of 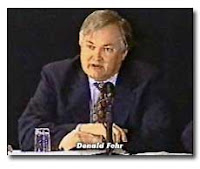 drug users over the well being of non-users. By refusing to be proactive and cooperate with a drug testing program, the union instead chose to continue to hold its power in a death grip. The union would rather face any cost than to give up even a shred of power to MLB. The union cared more about maintaining its power, than it did about privacy concerns of its players submitting to drug testing. As such, it made protecting its own power a priority over protecting its members. People who chose not to cheat were left at a competitive disadvantage against those who were willing to cheat. Sadly, I’m sure there are countless examples of honest ballplayers losing their jobs to chemical enhanced ballplayers. The emergence of IPEDs left the players to decide whether to risk losing their jobs, dreams, and livelihood to chemical enhanced players who may have had inferior skills prior to using IPEDs. In the end, the union failed to protect the right of its members to be clean, instead choosing to protect the right of its players to be dirty.

As much as I despise Barry Bonds, I think it has become clear that he took IPEDs in order to get the big money contract and fame that were being afforded to Mark McGwire and Sammy Sosa. He was jealous of the attention and money being lavished on the two sluggers, while his own prodigious accomplishments were being overlooked. Not to say that he has ANY justification for cheating, but a case could easily be made that he wouldn’t have used IPEDs if the playing field had been level.

THE APPEARANCE OF ACTION

Unfortunately, despite its hand wringing in public, MLB never seems to do more than necessary to look good in public. It took heavy, heavy congressional pressure before both sides would agree on a deal. And, I’d certainly be willing to bet that throughout the years Selig and company view steroids as nothing more than a bargaining chip to gain a greater piece of the revenue pie in the collective bargaining agreement. At the very least, they never pressed very hard for a drug testing policy. In fact, MLB continues to send mixed messages on just how serious they are about ridding the game of IPEDs. Recently, Selig ignorantly stated that amphetamine usage was the greatest problem in the game today; overlooking the fact that Human Growth Hormone seems to be used throughout the game and still is undetectable to current testing methods. And, perhaps even more madding is that MLB recently used both Bonds and Giambi in a commercial to promote the All Star game. How serious can they be about punishing cheaters when they still use their images to promote the game? What kind of message does that send to potential users? We’ll punish you when we need to look good, but will turn around and use you to sell tickets down the line? It’s these types of things that make me wonder if MLB is actually serious about the elimination of IPEDs. Even if they don’t care about anything more than money, they should certainly see that IPEDs aren’t exactly a way to ensure strong profits.

THE ACTUALLY FINANCIAL IMPACT OF IPEDs in BASEBALL


While MLB was undoubtedly thrilled by both the revenue and positive publicity generated by the home run record chases, you’d think they’d have the foresight to look at the big picture. While homeruns may have sold more tickets and created a buzz in 1994, they have also brought about significant financial problems and terrible publicity over the past five years or so. If MLB doesn’t take a serious stance against IPEDs, then the game’s popularity may indeed be weakened in the next decade, which will reduce revenue streams.

Already, I don’t think anyone actually cares about Barry Bonds’s homerun chase, despite ESPN keeping a running tally on its baseball score ticker. And, the single season homerun record is also tarnished. How is anyone ever to get excited about a homerun chase again? Who is the single season record holder? Does anyone care?

Even if baseball doesn’t choose to look at damage to the game’s integrity and popularity, they should at least be aware of the rising financial cost of IPEDs. The American Journal of Sports Medicine completed a study of MLB and IPED usage to determine the financial impact. It found that the number of days lost to injuries increased by 60% from 1989 to 2001. MLB teams paid $1BN for players on the DL between 1997 and 2001, with $317M spent in 2001 alone. This is undoubtedly due in no small part to the use of IPEDs, which increase muscles past the point where the ligaments and tendons can support them. This has led to a dramatic increase in football style injuries, including muscle tears and strains.

WHERE TO GO FROM HERE

Cleary, MLB still needs to get serious about testing. They need to get EXTREMELY proactive and implement the most stringent testing program in the world. Each team should ante up a sizable amount of money each year to fund a testing and research program. And, the players/union should contribute as well. It is in the best interests of all parties in baseball to clean the sport up. Testing is a very difficult process. The users will ALWAYS be a step ahead of the testers, because a drug has to be identified before it can be tested. Testers have to target certain drugs in order for testing to even work and they clearly can’t do that if they don’t know that a specific illegal performance enhancing drug even exists.

Regardless of the problems inherent in testing, baseball MUST continue to clean itself up. They’ve taken very reluctant steps towards doing so, but it will not work until they are serious about doing it themselves. Given the ever changing nature of testing programs, Congress isn’t going to be able to stand over MLB’s shoulder and ensure that they are performing stringent testing. MLB must itself take the initiative to have very proactive, comprehensive testing. But, sadly, it seems like they are already turning their focus in other directions.

The big test will be what happens when Barry Bonds retires and the career homerun record spotlight is no longer cast on a cheater everyday. When that happens will MLB step up and continue to clean up the game? Or will the reduced negative attention allow them to finally sweep it back under the rug until the next scandal breaks?

While Barry Bonds may slip away, the problem of illegal performance enhancing drugs NEVER will. As such, MLB must continue to be diligent in fighting it. If they don’t, then they will be continually subjected to PR disasters and drug scandals, which may ultimately ruin the game’s popularity. I, for one, don’t want that to happen, but if they don’t improve the situation, then the next Jason Grimsley, Jose Canseco, or Mets' clubhouse employee will always be right around the corner.