Trend Spotting....Is that an African or European Swallow?

Two interesting and likely related trends are emerging in MLB these days, both of which are clearly byproducts of the MLB's exploding salary structure. MLB is flush with revenue these days, which is being passed on through to the players. The internet division of MLB is growing by leaps and bounds, which creates more financial resources for teams to plow back into their organizations. This phenomena not only drives up player salaries, but it also has two unintended effects.

1) Teams are unwilling to pay millions of dollars to 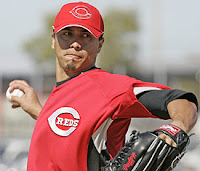 The trend only began to reveal itself in the latter portion of this offseason, as the market changed quickly, pulling the rug out from several veteran pitchers. Josh Fogg terribly misread the market when he turned down an offer of $5M for 2008 from the Rockies and was forced to settle for a $1M contract from the Reds. As bad as it is for him, he still fared better than Jeff Weaver and Kyle Lohse, pitchers who are still out of work.

The market has completely dried up, as teams are looking more and more towards inexpensive young talent to carry the load. Even the Axis of Evil tandem of the Red Sox (Clay Buchholz and Jon Lester) and the Yankees (Joba Chamberlain, Phil Hughes, and Ian Kennedy) are relying more on the cost efficiencies inherent in younger players.

It's a trend not likely to change any time soon. As long as the cost for players with 0-3 years of service time remains astronomically low, rookies and prospects will see their value continue to skyrocket. A young player who provides equivalent production to an established veteran is SIGNIFICANTLY more valuable, as his production comes at a fraction of the cost. The young player's production is much more efficient and in the modern game, the most efficient organizations win in Major League Baseball.

As long as the upper reaches of the pay scale continue to out pace the artificially constrained lower end, the value of prospects will rise and the value of expensive veterans will fall.

All of which leads to our second point:

2) Players with less than 3 years of service time are not happy with their salaries. 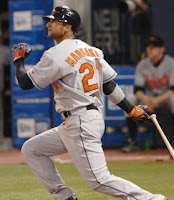 The younger players have become aware that they are getting the fuzzy end of the lollipop and they aren't happy about it. This offseason, players like Prince Fielder, Cole Hamels, and Nick Markakis have failed to get multiyear contracts from their organizations. Instead, they've seen their contracts renewed at bargain basement prices, as is the organization's right under the Collective Bargaining Agreement (CBA).

Here are some quotes bouncing off the walls of spring training ballparks:

Prince Fielder on having his contract renewed for $650,000: "I'm not happy about it at all," Fielder said. "The fact that they've renewed me two years in a row now. There are a lot of guys with the same amount of time I have who have done a lot less than me and are getting paid a lot more. But my time is going to come and it's coming quick, too."

Nick Markakis after having his contract renewed for $450,000: "We couldn't come to an agreement with anything, so we're just going to take it and get renewed. That's just how the Orioles feel. I don't have much of a choice. I'm just going to have to deal with it." 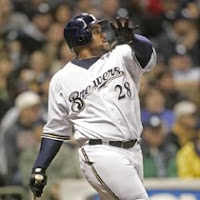 putting pressure on the lower end of the pay scale. You can see the effect in the pay for the lower range veteran ballplayers, as not many have to settle for $1M anymore. However, the star players with only 0-3 years of service time cannot join in on the booming salaries, as their pay is restricted by the terms of the CBA. The rising tide of increased revenue is raising all salary boats in MLB, with the exception of the boat containing the young star players, which is chained down. It's obvious that players the caliber of Prince, Cole, and Nick don't like making significantly less than their peers, especially while they are in the process of drastically outperforming those peers.

Given the dissatisfaction expressed by the stars with less than 3 years of service time, it seems likely that the MLB minimum salary will be revisited and revised in the next round of collective bargaining. The MLBPA will likely push for increased salaries at the lower end of the service time spectrum, which will bring the MLB universe back into balance. Perhaps the best way to get this done is for the MLBPA to agree to a restriction on what can be paid to draft choices, in exchange for MLB conceding to an increase in the salary range of players with 0-3 years of service time.

The value of younger players has skyrocketed over the past several years, largely at the expense of league average veterans. Changing the financial structure of the game to increase the cost of the younger MLB players, while reducing the cost of unproven draft picks, could tip the scales back the other way towards the veteran players.

If younger players cost more, then their production will be less efficient and they will become a bit less valuable, which will again drive up the value of veteran players. So, league average pitchers will be able to find jobs and prospects will once again be available in trade deadline deals. However, until that time, the value of a top notch farm system has never been higher, which means that the Reds player development efforts are peaking at the exact right moment. Yet another reason to be optimistic about the direction of the Redleg organization.
Posted by Lark11 at 3:09 PM