Some very interesting news out of Reds camp today:

"Reds signed outfielder Jonny Gomes to a minor league contract and invited him to spring training.
Gomes made $1.3 million last season, but was non-tendered by the Rays last month after hitting just .187. He'll earn $600,000 if he makes the team, with another $200,000 in potential incentives. If Gomes does crack the Opening Day roster, it'll likely be as a bench bat and platoon player."

From my perspective, this is a great risk/reward signing by the Reds. They have been kicking the tires on every possible right-handed hitting leftfielder without much success. The asking price in terms of talent or salary for all the options was deemed to high. Ultimately, the Reds may have found the best option available, which not coincidentally comes at very little cost.

When both Willy Taveras and Jonny Gomes were non-tendered, I was actually hopeful that the Reds would sign the latter. Instead, they chose to sign the former. When that happened, I was contemplating writing about what the choice between two players indicated about the organizational philosophy of the Reds. On the offensive side of the game, Willy T. and Jonny G. are polar opposites and in fact straddle the divide between traditional player valuation and sabermetric valuation.

Willy T is an early count hitter whose game is based purely based on speed. He has no power and very poor on base skills. To be effective, he has to hit .310-.320, which is what is necessary to bump his OBP up to acceptable levels for a leadoff hitter. Willy T is the type of hitter that was fashionable and highly sought after in the 1970s and 1980s. He's a Willie Wilson/Vince Coleman type player in an era where their particular skillsets have been revealed to be less valuable than previously thought.

As for Jonny Gomes, he has poor foot speed and strikes out with great frequency. His game is power and patience, which is what statistical analysis reveals to be the most valuable offensive attributes. Gomes has fallen on hard times as he has fallen out of favor in Tampa Bay. As the Rays farm system has begun to develop more and more impact talent, Gomes got pushed further and further out of their future plans. 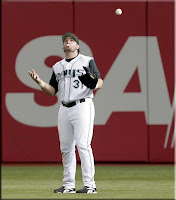 On the defensive side, Gomes is a very poor outfielder and Willy T has actually been a tick below average in centerfield. So, neither is a defensive dynamo, but Gomes may potentially make Dunn look like Curt Flood out there. Even so, if Gomes can hit, then the Reds could use his bat. Both Gomes and Taveras come with significant performance risk and chances are neither will hit their respective ceiling. However, hands down I would rather sign Gomes on a low salary contract, as I think his upside is higher and his contract makes him a lower risk. The risk/reward balance tilts in Gomes' favor.

Willy T is contact and speed, while Jonny G is walks and power. I suppose the best case scenario is that they form a "dynamic duo" in leftfield and centerfield. Hopefully, they both bring some quality offensive production to the lineup and make the Reds a better team.

At the very least, I like the fact that the Reds front office made this acquisition, as it shows that they can appreciate power and patience as much as contact and speed. Even if Gomes flames out, the signing itself makes me a bit more optimistic for the future.
Posted by Lark11 at 3:41 PM