Ninja Stealth Detrimental to the Reds?

Despite what one may think of Wayne Krivksy's player personnel moves, it's difficult not to marvel at the secrecy that shrouds all of his acquisitions.

In a world that is shrinking every day due to improved technology, where information about most topics is available at the click of a mouse, Krivsky still manages to operate with ninja stealth.

Amazingly enough, Krivsky manages to make all of his big trades without the press ever catching wind of it. He must have worked extensively as a plumber, as the Reds front office never has any leaks. The ease with which the Reds withhold information from the media makes you wonder how much information is intentionally leaked to the media by other organizations. Regardless, one has to question whether or not the media blackout is advantageous to the Reds.

It's possible to infer two things from the lack of advanced notice of Reds' trades: 1) Krivsky maintains a small inner circle in his decision making process, which may not allow for the most effective use of the Reds front office personnel, and 2) Krivsky's insistence on silence may be preventing him from accurately gauging the trade market.

The resignation of Johnny Almaraz last season is additional evidence of first inference. Almaraz left in part because he didn't feel part of the inner circle. He wasn't being included in the player personnel discussions and decisions. In fact, Almaraz said this following his resignation: "I'm not included in any of the discussions and, in fact, when I walked into the suite during the Winter Meetings, Wayne and his people would lower their voices to a whisper or take their discussions into the bedroom."

In reading John Schuerholz's book, Built to Win, one of the things 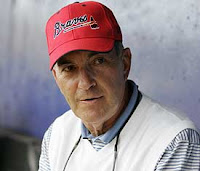 he stresses is the importance of utilizing all the strengths of the organization. Schuerholz likens himself to the conductor of an orchestra, who simply works to bring out the best of the entire organization, relying on the individuals strengths of each member when appropriate.

In fact, Schuerholz mentions sending out messages to his entire scouting staff when he is interested in acquiring a player. Any of his scouts with information on the player then responds and provides his $.02. Schuerholz then utilizes this information in making the ultimate decision. Knowledge is power in all instances of decision making and it holds true in player personnel decisions.

It's difficult to know whether Krivsky works in a similar fashion, but it's hard to imagine that he does. Given what Almaraz said and the fact that there is likely to be more information in the media if Krivsky was relying on his entire scouting staff. The more people in on a discussion, the more likely there will be a leak. However, word of trades leaking out might not be such a bad thing.

2) THE MEDIA AND PLAYER VALUATION

As for second inference, it might actually be helpful for Krivsky if 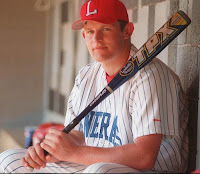 the rumors about the prospective deal were circulated. If word leaked out that the Reds were on the verge of a deal, then maybe the media reaction, fan response, or follow-up communication from other GMs would help the Reds determine if they were on the verge of making a solid trade. In addition, letting word leak out might bring better offers to the table, the result of which would be more value in the deal for the Reds.

The Twins have been using the media to play the Yankees and Red Sox off against each other in the Johan Santana trade talks. In so doing, the Twins have managed to get each team to up its offer. While they haven't yet received a deal to their liking, they have managed to get better offers than they would have received. The Reds would be unable to utilize this type of value maximizing strategy, as they are dead set on confidentiality in their dealings.

Krivsky thrives on bringing in undervalued talent, like Hamilton, Phillips, and Cantu. In that type of deal, there is little need to get an accurate read on the market, so his stealthy style is not a detriment. However, it is difficult to deny that Krivsky struggles to get maximum value for the established Reds players. It happened in the Kearns trade and I would suggest that it has happened again with the Hamilton deal.

In the final analysis, Krivsky needs to both widen his decision making circle to better utilize the resources of the organization and use the media to better gauge the market and flush out additional trade offers. It's imperative for the mid-market Reds to maximize the value of their assets and making these two changes is a step that may make it possible.
Posted by Lark11 at 6:20 PM