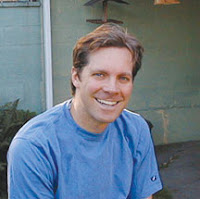 The BBWAA was long limited to beat writers who covered an MLB team for a daily newspaper. In recent years, criticism of the BBWAAs voting choices has increased, leading to calls for changing the membership requirements. People have called for membership to be broadened to include broadcasters, researchers, and internet writers. The BBWAA choices of late have brought about frequent second-guessing over the qualifications of beat writers, as questions were raised over their inability to utilize the new statistical player valuation tools in their decision making. 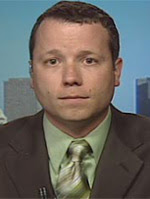 However, on December 5, 2007, the BBWAA finally opened its membership to internet writers. This was inevitable, as unfortunately newspapers continue to decline in readership and preeminence as a news medium. The first vote for membership included 16 internet writers, including Peter Gammons, Jim Caple, Jerry Crasnick, Tim Kurkjian, Amy Nelson, Buster Olney, and Jayson Stark. Notably absent from the list of approved members were Rob Neyer and Keith Law, who were the only 2 of 18 candidates for membership to be rejected by the BBWAA. Over the years, Law and Neyer have been openly critically of the award choices and Hall of Fame votes made by the BBWAA, as Law and Neyer are two the leading voices for the new wave of statistical analysis. Each has decried the BBWAA as being riddled with old school thinking, as evidenced by the emphasis placed on batting average and RBIs, two metrics that have been statistically proven to be poor measures of a player's value.

The omission of Neyer and Law turned into a very contentious event, as both believed that their past critical writing of the BBWAA led vindictive members to reject their applications. The BBWAA stated that the reason for their rejection was that they did not attend enough games to warrant inclusion in the BBWAA, but questions were raised about whether the BBWAA even inquired into the amount of games each attended. Neyer and Law believe the stated reason was mere pretext for censorship and the issue grew even more contentious over time, even boiling over onto the internet. 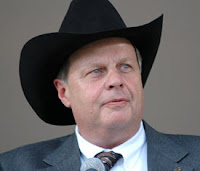 Both Neyer and Law publicly decried their rejection at the hands of the BBWAA. Neyer railed against his omission on a message board thread on baseballanalysts.com. In addition, Keith Law wrote about it on his blog, where he ended up in a rollicking debate with Baseball Americe and Colorado Rockie beat writer Tracy Ringolsby (pictured). It is exceedingly rare to see professional journalists engage in this type of open bickering, but that just evidences the controversy and level of hurt feelings that accompanied their rejection.

That Law and Neyer were approved for membership in the very next year may be a sign that the BBWAA recognized their mistake and attempted to rectify it. However, not all is forgiven, as when he was reached for comment on his inclusion, Neyer simply said that he "is happy for all who are happy to be included" in the BBWAA. I am a huge Rob Neyer fan and have a lot of respect for Keith Law (even though I don't always agree with him), and their inclusion is a great thing for baseball fans everywhere. Neyer and Law will add a new perspective to the awards decisions and they represent a big step forward in ensuring that the most deserving players are voted into the Hall of Fame (For example, why isn't Tim Raines getting more support????). In addition, this can only help Reds fans who are hoping to see Barry Larkin enshrined in Cooperstown, which should be a complete no-brainer, but sadly may not be.

Over the past decade, baseball has struggled with the collision between new statistical analysis and traditional baseball thought in several different areas. The first collision was documented by Moneyball, which focused in part on the use of statistics to value players and not just traditional scouting. Given the validity of the new statistical measures, it is inevitable that they will be adopted across the game and the BBWAA may have been the last pure bastion of old school thinking. The revolution may finally be complete and baseball is much better for it.
Posted by Lark11 at 10:51 AM