While they are legal contracts, in common sense terms they are devices designed to apportion the risk between the player and the team. The longer the contract, the greater the risk undertaken by the baseball organization. The shorter the contract, the greater the risk undertaken by the player. As free agent salaries skyrocket, the risk of a long-term contract is even greater. If a player gets hurt (i.e. Carl Pavano) or simply loses effectiveness (i.e. Barry Zito, Eric Milton), then it can be highly detrimental to the team. However, as stupefying as it may seem, organizations have found a new way to assume an even greater percentage of the risk. 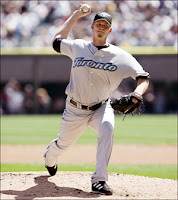 A few years ago, the Toronto Blue Jays signed A.J. Burnett to a hefty free agent contract. The Jays were so anxious to sign Burnett that they gave him a 5 year and $55M contract. Not only did they give him a significant number of years and a huge amount of money, but they also gave Burnett an opt-out clause. Under the terms of the contract, Burnett could elect to opt out of the contract after the 2008 season. Of course, this is just what he decided to do, which is why he'll be wearing pinstripes in 2009.

That was the first time I had heard of an opt-out clause, but the Yankees just used one to get C.C. Sabathia to sign on the dotted line. The Yankees gave C.C. $161M over 7 years. However, C.C. can opt out of the contract after only 3 seasons. So, from an assumption of the risk standpoint, C.C. is assuming only 3 years worth of risk, from 2009-2011, while the Yankees are assuming 7 years worth of risk from 2009-2015.

It seems like an odd trend, but maybe it's the wave of the future. Maybe the scales are tipping even farther in favor of the players in contract negotiations. It's the inverse of the situation in the NFL, where contracts are not guaranteed and teams can opt out of the deal well before the contract runs its course. The difference between the two leagues can be explained by the differences in the strength of the respective player unions. So, unlike the NFL, in MLB it's the players who are beginning to wield this power. For a team like the Yankees, it really doesn't matter much. They can afford to absorb risk like no other team, as their massive revenue stream gives them a much larger margin for error in player personnel decisions. However, it could be highly detrimental to teams without the financial resources of the Yankees. 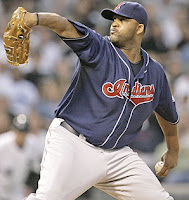 The Blue Jays are just such an example. They took on a great deal of risk to sign A.J. Burnett. They gave him the money and years to lure him away from the Yankees and Red Sox. However, they also gave Burnett an opt out clause, which ultimately ended up costing them, as they lost him to a team within the division. However, it could have been worse.

For example, if Burnett had blown out his elbow on the last pitch of the 2008 season and required Tommy John surgery, then there is no way he would have chosen to opt out. He would have declined his opt out provision and kept the Blue Jays on the hook for $12M a year. He would have missed all of 2009 and was very likely to be at less than 100% in 2010. Under his contract, A.J. could opt-out to get a better deal if he performed well and stayed healthy in 2008, but could keep the Jays on the hook if he got injured or was ineffective.

If more and more teams agree to these types of clauses, then teams are going to be forced to assume a greater portion of the risk just to attract the best free agents. That would be problematic for smaller market teams and make free agency an even less viable option for these teams. Hopefully, the big market teams won't be willing to offer these clauses, because it would have an inevitable trickle down effect and make it even more difficult for smaller market teams to compete in the marketplace.
Posted by Lark11 at 11:03 PM