Well, better late than never, time to weigh in on the Ramon Hernandez trade. While the Reds obviously need a catcher, it's hard to think too much of this deal. We had an obvious need for a catcher, but I would much prefer us to address that need in a different manner, ideally by acquiring a long-term solution. To do so, they could either acquire an impact young catcher or a quality veteran. Instead, the Reds chose door number 3.

First option, I would have loved to see us acquire either Jarrod Saltalamacchia or Taylor Teagarden. Either one would have been tremendous, but given how highly the Rangers seem to regard Teagarden, it likely would have been Salty. And, frankly, that would be just fine with me. Salty, as a 23-year old, posted a line of .253/.352/.364 in 230 plate appearances. While that may not seem all that impressive, his splits make it more impressive. As a lefty, Salty hit .311/.426/.451/.877. However, as a righty he fared much worse, posting a slash line of .158/.220/.224/.444. Clearly, Salty has a lot of work to do from the rightside, but a 23-year old catcher who can post a .877 OPS as lefty? Where do I sign up?

Not to mention, it makes all kind of sense for both, as the Rangers have a glut of catchers and need pitching, while the Reds had a hole behind the dish and a surplus of pitching. Unfortunately, it seems like the Rangers set a very high price on their catchers, so maybe a deal wasn't likely to happen. However, this is the type of deal that the Reds should have pursued. It would have been a long-term solution, rather than just a mediocre stopgap.

Second option, they could have acquired a quality veteran catcher along the lines of Russ Martin. I can't imagine that he was actually on the block, but there were such rumors coming out of Los Angeles.

Either of those options would have represented an actual upgrade. Unfortunately, we chose to follow a different path. We acquired a veteran catcher who isn't likely to be appreciably better than what we already had. 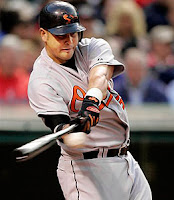 To acquire Ramon Hernandez, the Reds gave up Ryan Freel, Brandon Waring, and Justin Turner. Freel was simple a salary dump, and I won't much miss Waring, but I would have preferred to hang on to Turner. So, while the cost wasn't exorbitant, Hernandez wasn't exactly free, either. And, what exactly did we get for Freel, Waring, and Turner?

Ramon Hernandez is a player who has already caught 9,528 MLB innings, which is the type of workload that usually catches up with catchers at the plate. The wear and tear from strapping on the tools of ignorance for so many years really diminishes the offensive production of veteran catchers. Not surprisingly, he is coming off of two consecutive seasons of .714 OPS. When he was younger, I actually liked what Ramon Hernandez brought to the table, as he offered a well rounded game with a quality righthanded stick.

He even managed to hit 20+ homeruns twice in his MLB career. Once in 2003 (21 bombs) with Oakland and once in 2006 (23 bombs) with Baltimore. Unfortunately, it seems doubtful that he'll reach those heights again in Cincinnati. In 2006, Ramon benefited from his highest number of plate appearances ever (560) and a homer friendly ballpark. I think it's worth remembering that Camden is VERY homer friendly. And, in fact, it's MUCH easier for righties to hit homers in Camden than lefties.

So, Hernandez won't be moving into a hitting environment that is much better than the one he is leaving, so there isn't likely to be a significant boost from the new home ballpark. At best, he seems to be mediocre stopgap. Personally, I think the Reds missed a real opportunity to make an appreciable, long-term upgrade behind the dish. The Reds have a deeper farm system than in years passed and adding a young impact bat behind the dish would have made the Reds significantly better.

If we really didn't want, or weren't able, to acquire a young impact catcher like Jarrod Saltalamacchia and instead insisted on turning to an older veteran, then I'm not even sure that Hernandez was the best option. 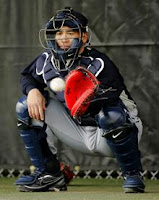 I still have to wonder if Kenji Johjima wouldn't have been the better target on this particular organizational path. The funny thing about Johjima is that while his overall 2008 stats look pretty putrid, his component stats aren't too shabby at all. In fact, they may be BETTER than his component stats from 2006 & 2007.

Obviously, his 2008 season was a bust, but lost in the mosh pit of people jumping up and down on Bill Bavasi for extending Johjima's contract is the fact that Johjima may have been more unlucky than anything in 2008.

So, despite falling completely off the table in 2008, he actually increased his Line Drive rate. What about his selectivity and contact rate?

So, he actually walked more, struck out about the same amount, and made contact at an even higher rate than in the past. So, how did his numbers fall off the table? 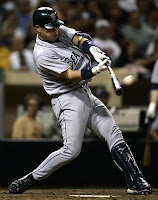 Well, the obvious answer is the hit luck. His BABIP was a paltry .233, which is very low for someone who hit 21.1% line drives. So, that should be expected to rebound. In addition, his rate of infield fly balls was up, which seems like a fluke more than anything else. Infield fly balls are the most automatic type of out a hitter can make by putting the ball in play, so the fewer of these the better. Still, his IFFB% jumped from 12.6% in 2006 and 13.2% in 2007 all the way up to 17.2% in 2008.

In 2009, his BABIP and IFFB% should return to more normal levels and Kenji should return to being the high contact, early count hitter that he has been in the past. Even though I prefer patient, late count hitters, Johjima is the type of player for whom many Reds fans have been clamoring over the past few years. Not to mention, he's a better defensive catcher than Hernandez, as evidenced by his 32.5% career caught stealing rate. And, to top it off, he actually WOULD get a significant boost from switching to GABP, as Safeco is a very tough place to play. Quality righthanded hitters like Jeff Cirillo, Adrian Beltre, Rich Aurilia, and Richie Sexson have all had their careers derailed by the menace that is Safeco Field, so I don't think it would be unreasonable to expect Kenji to have received a significant boost in Cincinnati.

I would imagine the Mariners would have been willing to eat some contract to move him and he's the type of player who actually could get a big offensive boost from a fresh start and a hitter friendly park. I still can't believe I'm actually saying it, but Johjima would have been a better pickup in my opinion.

Personally, I think giving up quality prospects in exchange for a quality young MLB catcher would have been far and away the best course of action. I have no problem dealing value from our farm system for a young MLB player who could have solved our catching problems for the next 5-10 years. Unfortunately, we acquired a mediocre veteran who is unlikely to make any kind of appreciable impact on the Reds and whose acquisition seems to indicate that the Reds are willing to just tread water in 2009. At the rate the Reds are going, it seems like another disappointing and lackluster offseason for the Reds. Hopefully, things will improve from here on out, but I'm not overly optimistic.
Posted by Lark11 at 11:15 PM